Major Chakras Are Eight, Not Seven - The Ancient Medical Wisdom of Thamizh Generally, it is said that chakras are the energy centers in the body, there are many chakras out of which seven are important and that every chakra is associated with an endocrine gland.

According to Thirumoolar, an ancient saint from Tamizh Nadu, who lived at least 3000 years ago, major chakras are eight in number. In his work, Thirumanthiram, he has very clearly stated that these eight chakras are endocrine glands.

Given below are endocrine glands and their important functions:

Thymus gland is active till a child attends its puberty. This gland secretes hormones which support healthy growth of T cells, which are essential to boost immunity.

Here is the basic information of the eight major chakras in our body:

One of the most important evidences to prove that Thamizh people are the most ancient people is the book Thirumanthiram authored by Thirumoolar.

In 2-nd century, Greek Physician and Philosopher Galen writes about pineal gland. He also states that few others before him have mentioned pineal gland but he differed from those ahead of him in the function of pineal gland. Taking into account the appearance and its role in supporting local blood vessels, he says he believes it to be a gland. He also names the gland pineal owing to its pine-shaped structure. The impact of his knowledge and research on medical theories was such that it served as a guidance to physicians and researchers almost till mid 17-th century.

It was only during 20-th century, in the year 1958 did modern medicine discover that pineal gland secretes melatonin, which regulates circadian rhythm.

These are the highlights we learn from the above-mentioned facts:

Have a look at the golden flower shower's stigma. 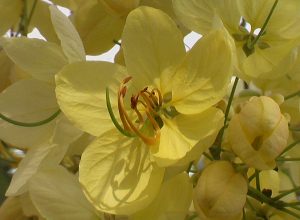 Have a look at the shape of corpus callosum. It is very much evident from the above information that Thirumoolar possessed excellent knowledge on anatomical science which is only reflective of how ancient Tamil race is. 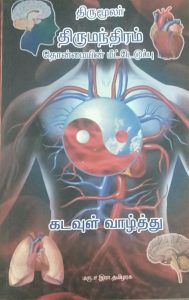 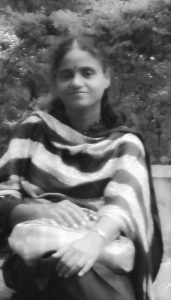 Welcome to Yogaaatral. I am a yoga therapist, touch healer, seo consultant, writer and translator. I have authored e-books on subjects including yoga therapy for certain health conditions and natural remedies to treat illnesses for my clients across the world. 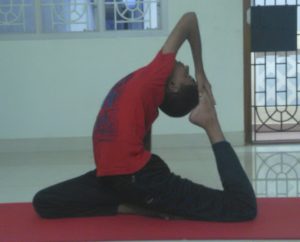 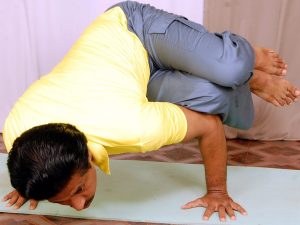 Muladhara chakra, called the Root Chakra in English is the foundation for optimal well-being. 'Mula' in Sanskrit means 'root' and 'adhara' means 'foundation', The properties of the chakra and its location give the chakra its name.

YogaAatral.com is a participant in the Amazon Associates Program, an affiliate advertising program designed to provide a means for sites to earn advertising fees by advertising and linking to amazon.in